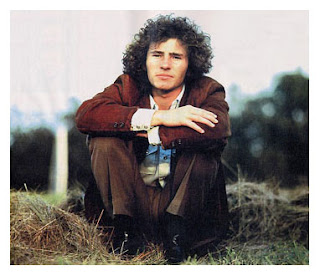 Tim Buckley’s Lorca remains a remarkable record. 40 years after its release, Lorca retains the ability to surprise. It is easy to take Tim’s works for granted, but Lorca still seems to have hidden depths worth exploring.
In his book Blue Melody the guitarist Lee Underwood, Tim’s friend and comrade, included a short but revealing account of the period leading up to Lorca. Memorably Lee describes Tim performing in combat boots, a symbolic act, as he took the fight to the audience. Tim’s struggles to stretch himself and find new ways of expressing himself were not universally welcomed, but it is this quest for the new that sets the Lorca era apart.
It seems to have been a period of frantic self-education, with Lee and Tim seeking fresh inspiration from a variety of sources. Among these Lee mentions the poet Lorca, the jazz avant garde, and modern classical composition. It is easy to identify with the energy and enthusiasm with which they immersed themselves in these strange pleasures. There is a suggestion of kids being let loose in a sweet shop in their approach to absorbing music, which is something increasingly familiar in our digital age.
Among the names Lee mentions which helped to fuel their creative desires are Luciano Berio, Cathy Berberian, Krzysztof Penderecki and Olivier Messiaen. It is as if after the sweetness of the early Elektra recordings they consciously sought strength in dissonance and clashes. It seems that discovering artists in other musical spheres who were prepared to take risks and experiment provided the impetus for them to be bolder and more abstract in their own work.
The bass player John Balkin is credited as a vital catalyst in this process, with his extensive knowledge of avant garde jazz and contemporary classical composition. He also played an absolutely vital part in the recording of Lorca and later Starsailor, with his intuitive bass playing. If you listen to the extraordinary Anonymous Proposition it is as though John is performing a duet with Tim, capturing perfectly what the song needs in terms of colour, and knowing no more is needed. Intriguingly Lee and John met while working with Herb Alpert’s Mariachi Brass. Lee had other similar strange fateful introductions, such as meeting Maury Baker, who would play drums on Starsailor, while they were both working with Zoot Money.
It was a gradual evolution that gave Tim the confidence to improvise and use wordless singing techniques, exploiting spontaneity onstage, when the audience perhaps were really there to hear him sing about dolphins. It didn’t all change overnight. Over a period of time he and his group were able to experiment during certain songs like Gypsy Woman, gradually finding a new voice and sound. It was partly the frustration that came from not capturing on record what they felt Gypsy Woman should be that drove Tim, Lee and co. on. Such an attitude and approach could be deemed pompous and po-faced, so it is worth remembering the fire that burned in the Buckley camp ...