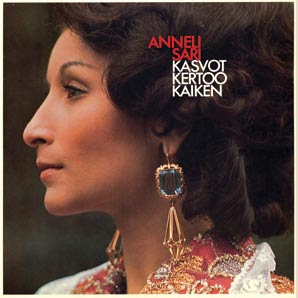 When writers resort to using the word ‘diaspora‘ in a pop context it’s time to take to the hills. Diaspora, however, can reasonably be used in relation to the spread or migration of a race, such as the Romany families. While origins remain muddled and scholars tie themselves up in knots, there is naturally Romany representation throughout Europe and beyond, where the same issues recur, raising questions about perception, persecution, integration, education, and so on.
And where there are gypsies there is music, but that’s not straight forward either. While some maintain traditional art forms, others embrace the pop culture of the time and place, while some celebrate the best of both worlds. In Poland, for example, Ewa Demarczyk emerged in the ‘60s with her dramatic ‘sung poetry’, perfectly looking the part with her striking presence, raven black hair, and her extreme dramatic performances of gypsy-themed numbers such as Cyganka . On the other hand there is Michal Burano, whose background was Lovari, a long-established Romany family. He can be seen in his ‘60s prime with astonishingly passionate performances such as Ja po tobie nie placze, where he comes across as a Johnny Ray or Gene Pitney figure with the intensity and exoticism magnified one hundred times.
Finland is another country with a long-established Romany presence and no doubt ongoing issues. It’s also a country with a far more interesting pop tradition that it’s given credit for. Among the performances featured in the trans-global pop project Anywhere Else But Here Today is Anneli Sari, a singer from a Roma background. She is featured at a very young age exquisitely performing the Rolling Stones’ As Tears Go By. Ever since Marianne Faithful’s version appeared this has become a song that lends itself perfectly to feminine interpretation. There are clips readily available, for example, of Nancy Sinatra, Nara Leao, and Jackie De Shannon performing the song, while of course there is also the immortal footage of Marianne seated in a bar singing it in Godard’s Made In USA.
Among other female performances of Stones songs is Vashti’s Some Things Just Stick In The Mind. She, of course, would in time become infamous for her romantic lifestyle choice, fleeing London and travelling around the Hebrides in a little green gypsy caravan with her boyfriend Robert, a horse called Bess, and a dog named Blue. Ironically latter-day Rolling Stone Ronnie Wood did come from a Romany family. And Keith Richards has acknowledged there was a bit of a gypsy thing going on in several Stones classics, such as Paint It Black and Mother’s Little Helper. It must have been a lingering influence from the gypsy families who made a home on Dartford Heath or Crayford Marshes.
In the mid-‘70s Anneli Sari openly acknowledged her Romany or Finnish Kale roots by recording with the gypsy group Hortto Kaalo, and appearing in a pioneering TV special performing selections from the sessions. Anneli’s work with Hortto Kaalo is really delightful, and intriguingly there seems a strong French chanson influence in there too.