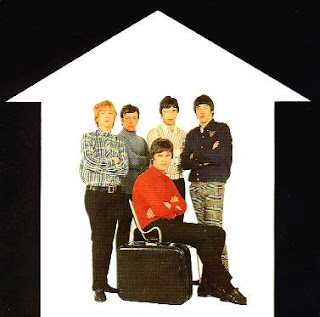 It would be wrong not to pay tribute to Reggie King on this site, as I doubt there would even be a Your Heart Out without him. I have written elsewhere this week about Reggie, for Caught By The River, about how much he meant to me. I have also written various things about Reggie and The Action over the years, such as this piece for the Tangents site. When I wrote the tribute this week, I desperately hoped it would be some horrible misunderstanding, but the news proved to be true. Yesterday I went to Reggie's funeral, in a small chapel in Bexleyheath, just off Church Road where many years before Dave Godin started his Tamla Motown Appreciation Society. The minister spoke of how even at the end Reggie was charming the nurses, singing to them, and still sounding great. One of Reggie's own songs went: "Heed my words and don't give in ..." I made a vow yesterday never to give in, Reggie. This is a piece of film widely seen now, but I remember being given a copy in 1993 and thinking it the most astonishing thing I'd ever seen. Just as I thought when I first heard The Ultimate! Action compilation in 1981.