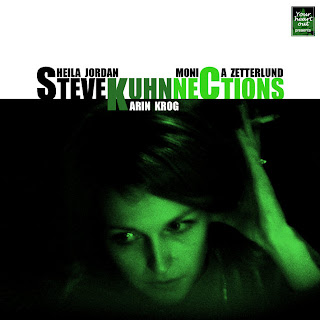 If you've read the Assemblage edition of Your Heart Out (and if you haven't then it can be downloaded for free here) you'll know it's all about how things fit together. And in this edition things fitted together largely on account of the great American jazz pianist Steve Kuhn. So to help illustrate this it seemed like a great idea to put together a mixtape of some of Steve's work. The Kuhnnections collection, which can be found here, highlights some of Steve's own recordings as well as some of the fantastic collaborations he has worked on with Monica Zetterlund, Karin Krog, Sheila Jordan, and Gary McFarland. If you like these tracks then get hunting for the records where and when they are available. With thanks to Per-Christian Hille for the sleeve design, once more. The cover photo by Erik Stenvik, used by special permission, is from a wonderfully evocative collection of Norwegian jazz shots from the late '60s which can be found on Flickr here and which fit perfectly with the contents of Assemblage. And here's some Steve Kuhn from 1969 ... 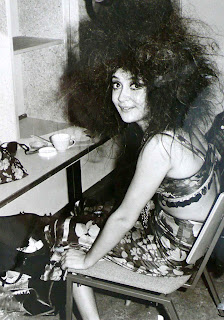 The Assemblage edition of Your Heart Out (free for all) is very much about how things fit together, connect and link. This really gets to be fun when the connections seem too good to be true. Take, for instance, the final days of our London songs project: I was aware that Croydon to the south west of London had not really been featured, so the fact that its favourite sons Saint Etienne were going to provide a post seemed to provide the perfect opportunity. Saint Etienne, however, as far as I know have never really recorded a song about Croydon itself. Resisting the easy Captain Sensible solution therefore, fishing around I came across an early ‘70s song called Second Floor Croydon by Danish progressives Burnin’ Red Ivanhoe.
Now that in itself is enough to make you believe in a higher power. Danish progressives singing about a south London suburb! Danish progressives who just happened to have an LP released on John Peel’s Dandelion label. A fantastic LP at that. With great jazz/experimental elements. And an LP that in some editions is known as W.W.W. In 1970. But the beauty of it was I had just been having fun putting together a Danish sequence for the Anywhere Else But Here Today pop around the world project. And Burnin’ Red Ivanhoe were to be featured as part of that, with a great jazzy/psych/prog pop song called Purple Hearts!
The more intriguing parts of the Danish sequence actually were at the progressive end of the pop spectrum. In particular the groups Burnin’ Red Ivanhoe and The Savage Rose caught the imagination. Fishing around for more information I chanced upon the Danskrocksampler, an article and mix put together by Julian Cope for his Head Heritage site. It’s characteristically great, madly enthusiastic stuff. And reading about The Savage Rose and Burnin’ Red Ivanhoe, among others, will leave you wanting to hear more.
It’s over 30 years since Julian Cope exploded into my own pop world with the early singles on Zoo by The Teardrop Explodes. Part of the fun of the Teardrops thing back then was Julian’s enthusiasm for sharing his favourite sounds: Scott Walker, Love, and so on. He helped broaden my musical knowledge, and although our paths may have been quite different down the years I will be forever grateful to him for turning me on to great records like The Craig’s I Must Be Mad and Tangerine Dream’s Electronic Meditation. What I love about Julian is that his questing spirit has remained, and I hope neither of us loses our unquenchable curiosity.
Unlike Julian I have always been suspicious of the term prog and I have had enormous difficulties with the heavy and the hairy. So let’s just say the best of the Danish (and indeed wider Scandinavian) prog thing is a lot more interesting than I might have anticipated. As Julian writes: “Burnin’ Red Ivanhoe was born of the desires of sax player Karsten Vogel and his poet friend Erik Wille to create a concoction of ‘avant garde jazz, beat music, The Who and Albert Ayler’ ...”. Yeah! And The Savage Rose at times sound more like a country soul outfit than you would dare imagine. Julian is right to dwell on The Savage Rose’s remarkable singer Annisette. The Grace Slick/Bjork references are inevitable and affectionately meant, but there are also times when closer to home it’s easier to think of Pauline Murray and Poly Styrene.
The really clever/dedicated among you will have noticed that The Savage Rose’s song A Girl I Knew had already been featured a little earlier in one of our Finnish sequences, as sung by Seija Simola with sax player Eero Koivistoinen and the group Wigwam. Wigwam is another of those names that's been nibbling away at my brain ever since the group was featured in the NME’s Book of Modern Music back in 1978 or so. They were one of the few pre-punk acts to get a mention if I remember rightly. I somehow don’t recall anyone then mentioning that Kim Fowley produced their second record, the surprisingly country soul-ish at times Tombstone Valentine, or that their first (the more jazzy and often terriffically Traffic sounding) LP was called Hard ‘n’ Horny (and no it’s not something that's lost in translation, as singer Jim Pembroke was from the UK!). It took me a while also to realise that Wigwam evolved indirectly from the Blues Section, the great Finnish psych combo who also featured rather wonderfully in our Anywhere But Here Today project and you need to seek out their recordings.
As we love our connections here it should be mentioned Eero Koivistoinen also played with the Blues Section before making some remarkable records of his own, such as 1970's For Children and 1972's Wahoo! (which is a record that lives up to its name by being ferociously funky) and several more I have yet to hear. In the meantime, here is a nice clip of Eero and friends performing Five Blue Tones, the opening track from For Children .... 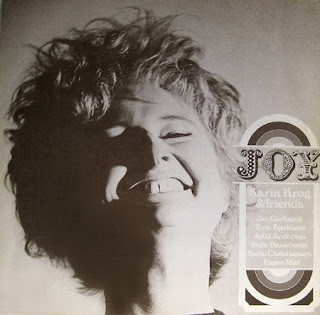 A new edition of Your Heart Out, called Assemblage, is available now to download for free. It's an exercise in how things fit together. It's an adventure story if you like that's about jazz, singing, exile, love, struggle, and the stubborn. The principal players in the story are Steve Kuhn, Monica Zetterlund, Karin Krog, Gary McFarland, George Russell, Steve Swallow, Jan Garbarek, Terje Rypdal, Arild Andersen, Jon Christensen, John Surman, Archie Shepp, Abbey Lincoln, Jeanne Lee, Carla Bley, Bob Thiele and Manfred Eicher. I apologise in advance to those who know more about these people than me, but sometimes you've got to publish and be damned. Oh well, I suppose you could say it starts here ...
Posted by Yr Heartout at 14:15 No comments: 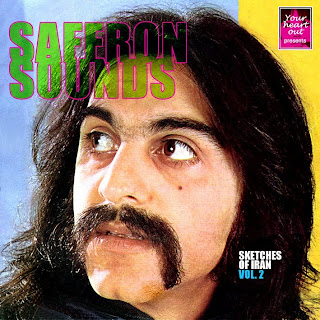 Saffron Sounds is the second of our Sketches Of Iran mixtapes, and also follows on from the wonderful gift shared with us, Pomegranates Vol. 2 - the unofficial sequel to the Finders Keepers compilation. This short selection of Persian sounds makes available recordings of some of the tracks we've featured as part of Anywhere Else But Here Today, such as Giti's astonishing Molana and Kourosh Yaghmaie's beautifully mournful Khar. It also features a full eight-and-a-half minutes of this beautiful song ...