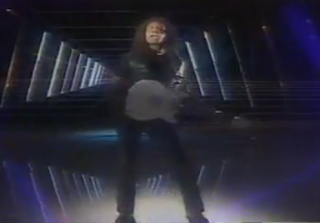 Cognition is the latest issue of Your Heart Out and it can be downloaded here as a pdf, free for all.  This edition takes as a starting point the sequence of LPs Eddy Grant recorded in the late 1970s and the context in which they were recorded and first heard.  Are there any pop figures as full of contradictions as Eddy Grant?  He is so famous that he’s almost invisible.  He is an enduring global superstar, but how much is really known about his work?  His hits like Electric Avenue and I Don’t Wanna Dance are known the whole world over, but what about all his other activities?  Compilations of his Greatest Hits are easy enough to buy, but how often do you see his old LPs?

Eddy Grant is in a pretty unique position in that aspects of his work are revered by all sorts of musical communities.  He is regarded as a pioneer by connoisseurs of skinhead reggae and soul, freakbeat, glam rock, rare groove, disco, soca, electro, house, and so on.  But there is no one definitive discography or documentary, book or boxed set, which draws all these strands together.
There are very few artists who have been as passionate about independence and self-sufficiency, but you won’t find many mentions of him in high-brow titles published by Faber.  There have been few artists of Caribbean origin who have been as successful, but he gets barely a mention in Dick Hebdige’s Cut ‘N’ Mix.  There have been few singers as outspoken about the Black British experience, but you won’t find a chapter on him in Paul Gilroy’s There Ain’t No Black In The Union Jack.  He is, like Jorge Ben, a master of musical miscegenation, but his artistic achievements are not analysed at length by academics.
What the hell.  This edition is a celebration of Eddy Grant's music.  And today Eddy Grant just happens to be celebrating his birthday ...