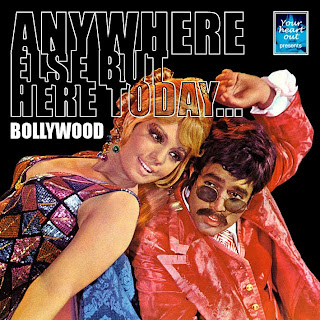 If you visit our Anywhere Else But Here Today project you will find a wonderful mix of Bollywood sounds put together by PC who lovingly curates the excellent Music From The Third Floor site. As the slogan says: "Bollywood beats, ballads and bombs". See you on the dancefloor ... PC pretty much personifies what the Anywhere Else But Here Today project is all about. A guy in Norway running a site on Bollywood sounds, who has provided us with our The Sound Of Young Scotland archive, who knows more about Ze than me, shares an enthusiasm for Georgia Ann Muldrow and Brazilian tropicalia. You see, pop's your passport ...
Posted by Yr Heartout at 08:13 No comments:

From the hip in the Cyrillic script 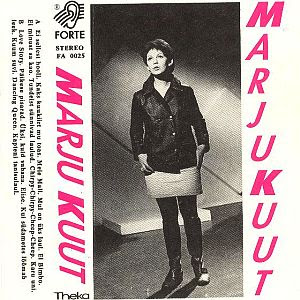 Our research project Anywhere Else But Here Today is an attempt at flying in the face of accepted pop wisdom by whizzing around the world and collecting up musical treasures to stir the soul. The project was launched in the old Eastern Europe and the intention was to focus on a few gems from that part of the world. It, however, soon became apparent that there were all sorts of wonders there to delay us. And so 135 days on we will be bidding a fond farewell to the old Eastern Bloc for now and the glorious feast of pop sounds that has delighted us and raised so many questions about cultural studies and pop criticism. A special edition of Your Heart Out, called Rewrite The Script, provided some background colour on and context to some of the sounds and artists featured. And now a further supplement, From The Hip In The Cyrillic Script, hopefully gives a new perspective on some of the pop music that emerged from the Soviet Union in the '60s and '70s. As before this supplement comes with a huge health warning in that it's very much the view of an enthusiastic amateur. But why should we worry? The West's media has never really let ignorance stand in its way ... To accompany the special edition of Your Heart Out, which can be downloaded free for all like all the other editions in our library on your left, there is a special Soviet sounds mixtape available here or over at Anywhere Else But Here Today - the third in our series of Eastern European pop collections. So where to now? Well, we will have a Bollywood spectacular, with some great choices by our comrade PC of Music From The Third Floor fame, and then it's off to South Korea ... grab your passport and come on let's go.
Posted by Yr Heartout at 08:01 1 comment: 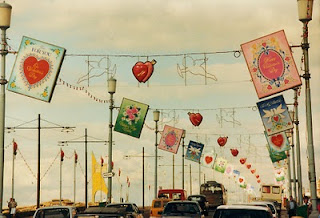 One of the best places to visit on the web is the wonderful Dusty 7s site where some real musical gems are posted with glamorous grace and a twinkle in the eye. So it's a real honour to be asked to fill those splendid shoes for a special occasion. And it's a great opportunity to air and share some real favourites, which hopefully you'll love as much as I do. So pop on over to the wonderful world of Dusty ....
Posted by Yr Heartout at 20:55 2 comments: