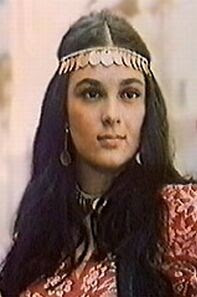 Charles Godfrey Leland seems to have been one of those indefatigable, eccentric and extraordinary 19th Century explorers, travelling the world thirsting for knowledge and adventure. He had a great fascination for folklore, and took a special interest in gypsies. Among his writings is the 1888 book, The Gypsies, which captures his experiences of meeting gypsies in many countries, including Russia which prompted him to write:
“The real medium, however, between what I have, for want of better words, called wild and tame music exists only in that of the Russian gypsies. These artists, with wonderful tact and untaught skill, have succeeded, in all their songs, in combining the mysterious and maddening charm of the true, wild Eastern music with that of regular and simple melody, intelligible to every Western ear. I have never listened to the singing or playing of any distinguished artist and certainly never of any far-famed amateur without realizing that neither words nor melody was of the least importance, but that the man's manner of performance or display was everything. Now, in enjoying gypsy singing, one feels at once as if the vocalists had entirely forgotten self, and were carried away by the bewildering beauty of the air and the charm of the words. There is no self-consciousness, no vanity, all is real. The listener feels as if he were a performer; the performer is an enraptured listener. There is no soulless ‘art for the sake of art,’ but art for direct pleasure.”
Over the years many have shared Leland’s rather romantic view of the gypsy lifestyle. Van Morrison, for example, was known for searching for the gypsy in the soul, dancing round the campfire light, and his Caravan uses the obvious imagery and why not? And then there was Kevin Rowland claiming to be The Wanderer, like his father before him. Back in Russia, shortly after Leland’s study of gypsies appeared, Maxim Gorky had a short story published called Makar Chudra, which tells the story of the gypsy girl Radda and the horse thief Zobar. In 1975 this became the basis of the Soviet film known as Queen of the Gypsies or Gypsies Are Found Near Heaven, directed by Emil Loteanu, with music by Yevgeni Doga. It was a major success in the old Soviet Union, and achieved a degree of recognition abroad. More recently it has gained a new lease of life, albeit in fragmented form, via YouTube where the song Loli Phabay or The Red Apple has become a cult favourite.
The appeal of that particular song and scene, and the film in general, has much to do with the astonishing performance and perfect casting of Svetlana Toma as Rada. One other unforgettable scene, among many, in the film is the performance of the song Nane Tsoha by child star Alyona Buzylyova, who would go on to become a successful gypsy singer. Appropriately the legendary gypsy star Lala Black also has a role in the film. But it is the presence of Svetlana Toma as Rada that is so compelling, with her refusal to submit to nobody.