Up The Revolution - Spring Selection 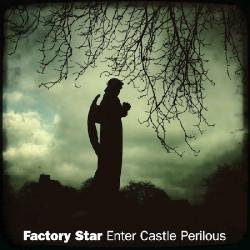 The figure stands, a silhouette in the twilight, looking up at the castle and the garish glare of its artificial lights, listening to the sounds of distant revelries. As the rain falls, he kneels and lets a fistful of earth slowly sift through his fingers, head bowed as if in prayer.
After a few minutes, he stands and walks to the advertising hoarding next to the security gate of the exclusive heritage theme park which now stands where he once played among the wild flowers. He takes up his axe ...
Slash! Slash! Slash!
The guitarist’s left hand flails away as he leans into the microphone, neck muscles taut, and roars, seemingly summoning up hidden reserves of resentment, pent-up rage, and ancient wisdom.
Clang! Clang! Clang!
The bell tolls, the preacher returns to the pulpit for the sermon of his life, to speak out against the philistines behind the gates, to speak up for the indigent and indignant.
“This is a warning to you all ...”
There are precedents, naturally, but the sounds are unsurpassed. The cat scratch guitar and nor’ westerly wail can only belong to Martin Bramah, once of the Blue Orchids, and now fronting Factory Star who release the invigorating Enter Castle Perilous on Occultation Records.
“This is the story of the blow not yet smitten ...”
Disgust and desperation summon up inspiration. The Factory Star set is simply astonishing. For anyone sentimental about futures and pasts, there is plenty to appeal (ah! that organ sound), but that doesn’t even hint at the bile and beauty therein. What is it with these contrary quintogenerians?
“This is the story of the foe not yet beaten ...”
30 years ago Martin Bramah with the Blue Orchids recorded Work, a life-changing song that caught a certain spirit of dissent, and had many identifying with the imagery of gold salmon swimming against the tide of life. The song has the mordant Martin chanting the one word ‘WORK’ until it mutates into something else altogether less recognisable. The same spirit fuels Enter Castle Perilous. If the Blue Orchids stuck out like a bold beacon of sanity amid the madness of Thatcherism and enterprise culture, then Factory Star are even more against the flow ...
There is a sense of urgency to the Factory Star set. It was recorded in haste. And the ‘live’ feel suits the spirit of the occasion. It’s odd though how the hasty recording is a talking point. New technology is supposed to make things easier. But industry processes make things more convoluted and lifeless than they need be. And then the money men scratch their heads and worry about the cost of living. Take any great 50-year-old jazz recording, and it will have been recorded in a space of a few days. I seem to recall I first came across the name of Sun Ra in a Blue Orchids feature by Dave McCullough in Sounds.
There was always something positively ancient about the Blue Orchids, drawing on folk melodies and pagan imagery when it really wasn’t the thing to do. At their most intimate and introspective they conjured up classics like The Long Night Out. And that mood is captured again by Martin on the achingly beautiful When Sleep Won’t Come, from the new Factory Star record. Oh it’s such a lovely song, an adult lullaby on the eve of a decisive battle.
There is a sense of the combative on the Factory Star record. It is easy to conjure up images of John Ball standing among the ranks, rallying the troops with a spirited sermon. The Factory Star record is very much in the English Radical Tradition, but there is a sense of mischief too. The obvious relish with which Martin toys with the double entendres in The Fall of Great Britain, like ‘antediluvian nemesis’ and the ‘unreliable historian’, will have listeners ascribing all sorts of meanings: “I say Dave wasn’t the first Blue Orchids single The Flood?”. But that’s a distraction. This feels like the sort of record we need in times like these. Get yours at www.occultation.co.uk
Posted by Yr Heartout at 01:33