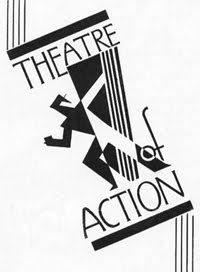 Enlightenment! is the current edition of YHO which can be downloaded here. It seemed important when putting together Enlightenment! to emphasise how cover star Lionel Bart came from a Jewish East End communist background. As a young man he was involved with both Unity Theatre and Theatre Workshop, the two great British theatrical phenomena rooted in left-wing, working class, agit prop and the avant garde. If nothing else it is to be hoped that Enlightenment! encourages readers to seek Colin Chambers’ remarkable story of Unity Theatre and Joan Littlewood’s autobiography which is also a unique perspective on the history of Theatre Workshop. These are among the most inspirational stories in popular culture.

The pre-WW2 roots of these organisations are particularly important, and one of the best sources to read about origins is Theatres of the Left 1880-1935 which traces the story of the Workers’ Theatre Movements in Britain and America. Featured in this book is a fantastic account by Ewan MacColl of growing up in Salford and how he got involved with the theatre, how he met Joan Littlewood, and how their Theatre of Action (the precursor of Theatre Workshop) developed. The narrative is only 50-pages long but it packs an almighty punch, and it remains one of the most inspiring of reads.

I do find Ewan MacColl a fascinating figure. I am aware of all the contradictions, and acknowledge the bloody-mindedness, pig-headedness, and his downright daft dismissals of this-and-that development within pop culture. Nevertheless his story is an incredible one, and I do think he is too often portrayed in far too simplistic and dull a way. Hopefully Enlightenment! highlights some of the more intriguing places where his story intersects with others. And for me one of the prevailing ironies is that for a man who had such contempt for what he saw as shallow, plastic polished pop music, he just happened to create some of the most beautiful and enduring of what can only be called pop songs which have been sung by people right around the world, often in contexts incredibly removed from their original settings.

Ironically I have just started reading a (signed!) copy of Peter Cox's Set Into Song, borrowed with glee from a local drama college's library, which traces the stories behind the Radio Ballads of Ewan MacColl, Charles Parker and Peggy Seeger, and seems to feature accounts by many of the people involved in those incredible productions.