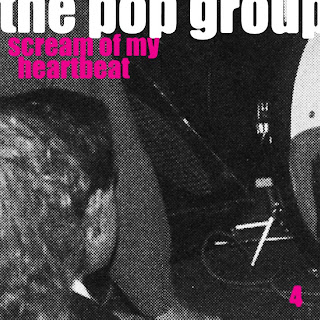 At the end of September 1978 the New Musical Express ran a bold front page feature on The Pop Group. This was an outfit with no product to promote. And there was no other ‘selling point’ on the cover other than the striking photo of Mark Stewart from the Brian Griffin session. The pitch and tone of the feature, written by Paul Rambali, was very much about The Pop Group providing a timely antidote to the fizzling out or betrayal of punk rock. In other words, if punk had disappointingly descended to a level where Gen X were living the louche life, models on each arm as they walked through airports, then something like The Pop Group was needed to get us all using our imaginations again. The suggestion was that The Pop Group had the potential to realise punk’s promises. It was all incredibly exciting, disorientating; and I remember reading it over and over again, trying to decipher its mysteries, meanings, reference points, and instructions.
So, for example, while it would take many years to catch up with a copy of the incredible Leggo Dub LP which it mentioned The Pop Group played, a particular quote attributed to Bruce Smith would speak directly to the 14-year-old me and remain very much in my mind down the years: “Yeah, you’ve gotta keep learning and keep discovering and keep going forward all the time.”
The following summer Paul Rambali would have another front page NME feature, on a little known group called Joy Division who would shortly release their debut LP. It was again another article that generated a real sense of excitement. Again, it helped no end that the (Kevin Cummins) photos of the group in shirts and ties accompanying the interview were fantastic. Joy Division did not really look like any other group. And if the bassist’s beard was a little difficult to accept, the haircut of guitarist Bernard (Albrecht, as he was then known) more than made up for it.
Rambali wrote that the sound of Joy Division “owes nothing to the after punk cult of the amateur. If it's pop, that's purely accidental”. He compared the group to early Subway Sect. About a London performance, he noted: “In front of the intimate stage, though, a gaggle of about a dozen or so modern boys staked out their territorial rights like there was some sort of conspiracy afoot. Minions were dispatched to fetch the pints. The space stage front was jealously guarded. Their spick and span muted green tribal colours set them apart from the otherwise dowdy crowd. They had come, heaven knows where from, for Joy Division.”
Coincidentally, that issue of the NME came out the week I was on holiday in August 1979, and again the Joy Division feature was studied endlessly while I was away. A little earlier, that April I’d been on a short school trip to France, and early one morning while waiting for our ferry at Weymouth I’d bought a copy of the New Musical Express, which was studied even more closely throughout that long journey and for a long time after. This was the mod ‘bank holiday’ special edition, which featured an article on the new mod groups plus two more that examined some of the original mod legends.
The first of these was reggae writer Penny Reel’s The Young Mod’s Forgotten Story. It was on one level an entertaining Colin MacInnes-esque short story about the early mod lifestyle in London. To a new generation whose imaginations had been piqued by the mod collage on the inner sleeve of All Mod Cons, however, it was a revelatory text, filled with mysterious, intricate detail about music, clothes, people, books, locations and lifestyles. It made my head reel in the same way that the arcane names in articles about The Pop Group would excite. Penny Reel’s references would be gradually unravelled over the years, and among those who swore by that article was Brian Kotz, singer with Back To Zero. Many years later he told the Jack That Cat Was Clean site how, for him, there was the added attraction of his brother Alan actually knowing the faces and places in the story.
The other article in that NME mod special was by Paul Rambali, which Brian remembers being co-written by C.P. Reeves who was in The Dyaks, and who a month after the NME special edition appeared with journalist Roy Carr on the mod revival edition of the London Weekend Show talking about the original scene, repeating the story about the mod down at Brighton pulling out a shotgun to protect himself and his leather coat.
C.P. or Chris Reeves remembers: “Paul (Rambali) and I hung out from I think the late 70s and would indulge in some goofing off. I recall telling probably highly florid stories about the mod days and people’s attention to detail regarding the look etc. Paul being a natural typewriter rider got in there, and the NME agreed to include it in that edition.”
Chris would later release a wonderful one-off single on Y Records, the genuinely eclectic and extraordinary label run by The Pop Group’s manager Dick O’Dell. “We had an offbeat collective called the Hat Between at the end of the 70s. Paul was around at that time and liked a version of the song Dining at Dzerzhinskys, and suggested a guy called Michael Zilkha in New York and his Ze label to put it out. However it never happened and we ended up putting out the version you heard on Y.” 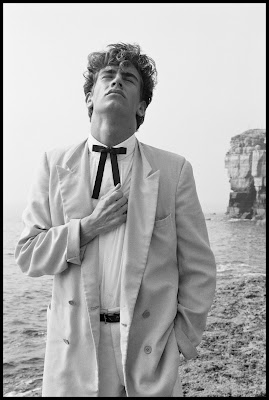