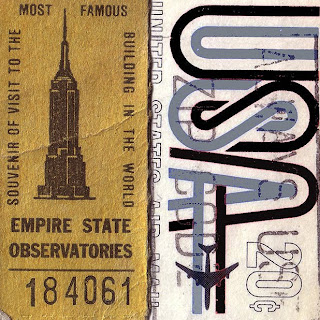 The Sexual Objects - Cucumber
Scots get fruity
Some stars seem content to cover the same ground, but pop legend Davy Henderson always revels in a new challenge. The Edinburgh man’s latest project, with the group The Sexual Objects, is a set of songs for a musical about the lost glam rockers Cucumber.
The theatre production follows the surprising success of Lincoln Imperial, a fictional account of the 1970s’ greatest unknowns. For any readers not familiar with the Cucumber legend here are some key facts as reported in pop publications of the time:
DAVE ‘DOBBO’ DOBSON – drummer. Eyes: Blue. Born: 23 March 1952. Grew up in Lincoln where his parents ran a greengrocers, above which the group first rehearsed. He once had a trial for Nottingham Forest. Likes: American cars. Favourite singer: Suzi Quatro.
PHIL BASTION – guitarist. Height: 6’ 1”. Speaks fluent French and Spanish. His friends say he has ‘weird’ taste in music. Very interested in technology. Heroes: Captain Beefheart, Lou Reed, Todd Rundgren. Favourite artist: Andy Warhol.
JIMMY GORMAN – bass guitarist. Born: Shepherd’s Bush, 11 May 1947. The newest recruit to the group. A ‘veteran’ of the British blues scene, he has played with many American blues legends, and worked as a session musician for Medicine Head and Gallagher & Lyle. Once worked as a bricklayer. Collects tickets. Favourite films: Westerns. Favourite football team: Chelsea.
‘MAGIC’ MICKEY MERRION – lead singer. Studied art and drama in Paris. Designs the group’s stage clothes and hand paints all the equipment. Has published two books of poetry. His girlfriend is actress and model Patsy O’Ryan. Tipped by Marc Bolan to be almost as big a star as he is.
The controversial novel, Lincoln Imperial, published last year, followed the story of Cucumber’s notorious manager Eddie Fennelly and his ill-fated exploits in the music business. These included trying to bribe Radio One disc jockey Emperor Rosko, getting caught trying to break into Mickey Most’s offices, and plotting to kidnap Suzi Quatro. Fennelly now runs a Buddhist-themed ‘sanctuary’ in Hampshire, and is said to be taking legal action over some of the stories in the book.
The stage play, however, focuses on the group itself, and all the tensions, tantrums and misfortunes that tore it apart. With Mickey’s desperate desire to be a star and Phil’s artistic aspirations there was always going to be trouble. Things came to a head one night during an argument over whether the singing group Thunderthighs should do backing vocals on one of their tracks. Both Mickey and Phil ended up spending a night in the cells, and never spoke to one another again.
The almost total destruction of Cucumber’s recorded works has added to the group’s mystique, and meant new material would be needed for the musical, and when Davy Henderson heard about the project he wanted to be involved. A spokesman said: “There was something about the Cucumber story that appealed to Davy and the Sexual Objects. Maybe it was a bit of ‘there but for the grace of God go I’. People said Cucumber were too arty and outrageous to be pop stars, but in reality they were just unlucky.”
Rather than reinventing the sound of Cucumber, Davy and the Sexual Objects have said they tried to capture the spirit of the group. “We didn’t want the songs just to tell a story. We wanted to capture something of the lost magic of Cucumber. This was how we imagined this absurdly ambitious band might have approached putting together these songs. It’s good to try on someone else’s platform sole boots once in a while,” said Davy with a glitter tear painted beneath one eye.
The Sexual Objects’ Cucumber soundtrack is now available through Creeping Bent/Aktion und Spass it seems destined to be far more successful than its subject matter.
Posted by Yr Heartout at 09:28