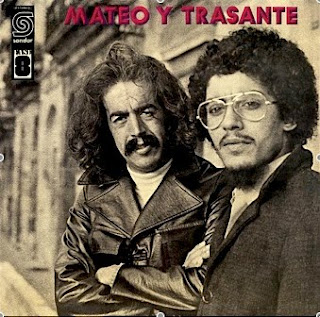 You may have noticed that YHO has adopted the tagline: "Secret histories abound ..." It seems to sum things up. The internet, for example, is rife with secret histories that directly challenge 'official' or accepted truths. The irony is these non-authorised versions are at risk of being buried again as digital media runs rampant.
But still the stories emerge. The hidden history of the music made in Uruguay in the late '60s and 1970s was for me a revelation, and it directly inspired the What A Life! edition of YHO (find it here) which gave an overview of some of the incredible music made during that time.
An obsession with Uruguayan sounds made it necessary to put together a mixtape (find it here) in the same innocently excitable way I might have compiled a C90 for friends on the basis of: "You need to hear this!" An image of Diego Forlan was used on the cover. The symbolism seemed apt. He lit up the 2010 World Cup with his elegance and flair. His compatriots did the same thing in the musical world.
If there is one romantic, emblematic figure in the history of Uruguayan popular music it is Eduardo Mateo. In the late '60s, as part of El Kinto, he took elements of The Beatles and psychedelia, Brazilian bossa and tropicalia, and mixed them with uniquely Uruguayan rhythms to create the Candombe beat that would inspire a new generation.
His subsequent solo career was enigmatically erratic by anyone's standards, but along the way he made some incredible records which are now being heard and loved outside of Uruguay thanks to the efforts of Lion Productions, one of the labels worth supporting. Lion has recently reissued the 1976 collaboration of Mateo with the young percussionist Jorge Trasante, Mateo y Trasante. At this stage the duo brought Indian and Arabic influences into the mix, and it's a gloriously complex record that really should be sought out. In the Uruguayan edition of YHO there's a mention of Caetano Veloso getting together with Count Ossie's people to try and create a bit of context. I think it's called clutching at straws. There's a taster on the What A Life! mixtape and another here ...