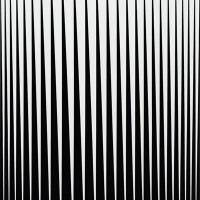 Form & Function is the latest edition of Your Heart Out, and it can be downloaded as a free pdf here. There is a fair old bit about library or production music in this issue. I guess the general consensus among pop aesthetes is that the golden age of library music is late ‘60s and through the ‘70s. But increasingly there is demand for production music as more and more of us have the ability to make our own films for whatever purpose. We, however, are not in a position to pay a fortune for rights to a well-known artist’s music. So people look for alternatives, and there are plenty of companies willing to offer music for ‘movies’. By the law of averages some of this music is going to be fantastic. And there may come a time when the library music of today is as admired as the old KPM catalogue.
While doing a bit of research for the latest YHO I came across an article by (I think) Gregory Steirer on the Cultural Production site which dealt with ‘imaginary soundtracks’. In it he mentions the strong demand for the production music being put out on CD by the LA-based company Epic Score. The organisation seems to have stumbled on to something, and with its distinctive looking products and its own special sound it seems to be thriving. So the music is not just used for films, ads, TV shows, but also is available on CD through Amazon and has a definite cult following. Interestingly, too, the term ‘trailer music’ is used where we might use ‘library music’. The language Epic Scores use is interesting: pounding, unrelenting, adventure, dramatic, and so on.
A cursory look on YouTube would demonstrate the amount of enthusiasm there is out there for the aptly titled Epic Score, and there is a whole host of examples of the label’s output posted on there. In fact, the phrase ‘epic music’ seems to be used as a genre description. I followed a couple of links and landed on a site where daily posts of ‘epic music’ are shared, and bizarrely the first post I saw was Rob Dougan’s Clubbed To Death, one of the old Mo’ Wax favourites from way back when which I hadn’t heard in ages. But listening to a number of Epic Score clips its easy to see a connection. It all gets a bit Carl Orff at times. The use of graphics in pretty much all of the Epic Score tracks posted on YouTube tens towards the world of fantasy/comic book art so I guess that's where the audience lies. Thankfully this is an exception ...