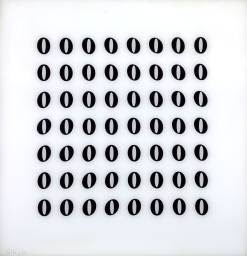 Form & Function is the latest edition of Your Heart Out, and it can be downloaded as a free pdf here. One of the recurring themes is that of music that is appropriate active background music. In other words, what works well on a brisk morning rush-hour walk, what is effective to listen to when travelling on the train. This was partly prompted by a resurgence of interest in b'n'b music - electronic bass and beats, if you like. That in turn was sort of triggered by a growing infatuation with an old (1992) CD I found in a charity shop - Voices In My Head by Some Other People on the Infinite Mass label. I took a chance and it paid off wonderfully. I particularly like the fact that one track is titled Ghost House, which makes it sound suspiciously like a four-page feature in the next issue of The Wire. I still know pretty much nothing about Some Other People. There was another later S.O.P. record, Orbitality, which is just as fantastic. It features perhaps more numbers tending towards the ambient/downtempo but it is brilliant nonetheless. There's a few tracks from it posted, inevitably, on YouTube, though amusingly one post for the title track is accompanied by a comment about not knowing anything bout S.O.P.
There is another CD on Infinite Mass by Crowbar called The Day The Furniture Argued (1993), which again features some brilliant b'n'b tracks. From the credits and the quality of the music I'd say Crowbar was/were Some Other People. From a post of YouTube I gather the title track also got a release on R&S, but beyond that I'm none the wiser, even with the nods on the sleeve to Lord Sabre and Leftfield. I would love to know more about Some Other People.
Posted by Yr Heartout at 03:15