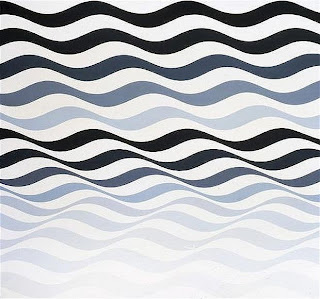 Form & Function is the latest edition of Your Heart Out, and it can be downloaded as a free pdf here. With a rather elegant move, at one stage, Form & Function sashays from Shackleton soundtracking a Sonic Journey on Devon’s railways to Simon Fisher Turner soundtracking ancient film footage of Scott’s Antarctic expedition. I am a huge fan of Simon Fisher Turner, and approve wholeheartedly of anyone who can simultaneously be composing scores for Derek Jarman movies and cavorting around in the guise of The King of Luxembourg for él records.
I am a massive fan of the él label, both ancient and modern variations (though confess I am not sure if the label is still active). In fact I would go so far as to argue that Mike Alway is a far more significant character in pop culture than Derek Jarman. In YHO I suggest part of Alway’s appeal is that he was more Woody Allen in Casino Royale than Dirk Bogarde in Modesty Blaise. It is that ‘nerdish nonentity’s revenge’ aspect to él that makes it more intriguing.
I admire pluralists like Simon Fisher Turner. One of the things I don’t mention in YHO is the LP he put out Creation in 1990, which was one of those more interesting releases the label was putting out at the time (e.g. Hypnotone, Tangerine, etc.). It’s a pretty odd affair, sort of blatantly ambient in a just before it became fashionable with The Orb, Biosphere, HIA kind of a way. How Creation came to put it out I have no idea. I imagine McGee found SFT to be quite a character and a great raconteur, which was probably enough at that time to secure a Creation release at the time. Perhaps it was a swap/loan deal with Lawrence and Felt going back to él for a final fling with Me And A Monkey On The Moon?
Among my favourite él recordings are those by Bad Dream Fancy Dress, the real life ‘deux filles’ for whom SFT acted as Svengali:
Posted by Yr Heartout at 02:02