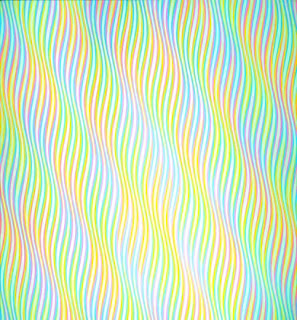 Form & Function is the latest edition of Your Heart Out, and it can be downloaded as a free pdf here. Another mystery mentioned within its pages is the dearth of Barbara Moore music readily available or that's been made available outside of Japan since the surge of interest in library recordings began. I hope I am missing something really obvious when saying that, but it is a bit of an odd situation. Her old LPs like the astonishing Vocal Shades and Tones go for silly money in certain quarters, and she featured strongly in the Jonny Trunk radio documentary on library music. I am sure there is a horribly practical reason for the lack of salvaged sounds around.
I confess to being an absolutely fool for the type of work Barbara produced - the choral arrangements, the jazzy latin sound, and so on. The Vocal Patterns LP the Barbara Moore Singers made with the Roger Webb Sound is a particular favourite, as is the Voices In Latin LP.
I really don't want to start any conspiracy theories here, but it's not just the lack of Barbara Moore products that worry me, it's the lack of information full stop that bugs me. Even the one Barbara Moore compilation I do have has sleevenotes in Japanese. And I can't see any in-depth articles on the web either. Again I could be wrong. But it would be good to read a detailed piece that pulls together all the different activities Barbara was involved in - backing singer, session work, composing, etc. One of the few places that mentions Barbara outside of the library music thing is the Jackie Lee site which mentions Jackie and Barbara wrote a number of great songs together. The Jackie Lee story is another one that fascinates me, and if you're patient you can piece together some lovely anecdotes from the charming comments Jackie leaves for fans on YouTube posts of her music. I love the occasional confusion that's emerged as one Jackie Lee gets mixed up with another Jackie Lee. The White Horses lady recorded some fantastic tracks, and it's good fun piecing together what she did. Like this one under the name Emma Rede ...
Posted by Yr Heartout at 02:27