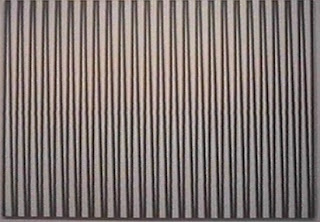 Form & Function is the latest edition of Your Heart Out, and it can be downloaded as a free pdf here. It was great to have a chance to refer to the work of Don Harper. I guess if the name Don Harper is mentioned it will be in connection with the KPM library LP Electrosonic which featured Don with Delia Derbyshire and Brian Hodgson moonlighting from the BBC Radiophonic Workshop. People seem a bit sniffy about the jazz violinist Don's involvement in that, but his credentials were first class. His own early '70s experimental LP Homo Electronicus is as 'out there' as any record you could care to name. It veers from a jazz rock reworking of the Dr Who theme to a few extended mood pieces featuring Alan Branscombe on sax and keyboards.
Norma Winstone appears briefly on Homo Electronicus, and oddly the sound and feel is pretty close to some of the astonishingly beautiful material she would go on to record with John Taylor and Kenny Wheeler as Azumith for ECM. Norma is one of my favourite vocalists, and I love the way her wordless singing links the experimental with exotica in a way that makes a mockery of labels. I love it where she pops up on recordings with Mike Westbrook, say, or Michael Garrick. My personal favourite Norma moment is her contribution to 1969's Hum Dono set by Joe Harriott and Amancio D'Silva.
Now those who know YHO will be aware it thrives on connections, and so it is appropriate that the Homo Electronicus set and Hum Dono were 'supervised' by one of our patron saints Denis Preston. Don Harper and Denis Preston would certainly have known each other from the 1950s London jazz scene. Another link between the two was Denny Wright. Dennis had got jazz guitarist to play on early skiffle sides by Lonnie Donegan and Johnny Duncan. Many years later Denny recorded the now infamous Shout About Pepsi (for the Non-Stop Pepsi Party on MFP) which would appear on the classic comp The Sound Gallery which helped open the door on the wonders of easy listening and library music etc. Denny Wright and Don Harper would in the late '70s perform as a jazz duo and if you search YouTube there's footage of them performing on TV, introduced by the great Annie Ross.
Don Harper is or should be much loved for his library recordings, and there are plenty of examples for the casual listener on YouTube naturally, covering different eras, from light disco back to late '60s beat variations of the sort used as incidental music in TV dramas.
Posted by Yr Heartout at 02:23