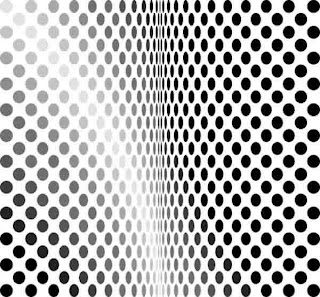 Form & Function is the latest edition of Your Heart Out, and it can be downloaded as a free pdf here. One of the dominant themes is 'active background music' which I would suggest is a subject that deserves some very in-depth analysis. There is a great tradition of music being used as an accompaniment for activities. The BBC, for example, had its long-running radio show Music While You Work, which was originally designed during WW2 to motivate workers in munitions factories and raise morale. Over the course of many years the music that would be associated with the programme was light music, or in other words orchestral works that were neither serious classical compositions or out-and-out pop creations.
I have over a period of time become increasingly fascinated with the functionality of light music, and I think it's a seriously under-appreciated art form. It's easy to see how the form and its composers of mood music adapted so well to film music, incidental music for TV and radio, and on to the development of library music or production music. It's also interesting the way serious classical types look down on light music, but some of the themes and titles of light music are particularly fascinating with recurring references to city life, movement and mechanisation. I could mention Charles Williams' Rhythm On Rails, Robert Farnon's Mobile Pursuit, Sidney Torch's Wagon Lit, and so on. And unsurprisingly I'm fond of all the London references there are in light music, such as Eric Coates' suites (the Langham Place - Elegie is gorgeous), Albert Ketelbey's Cockney Suite, and Sidney Torch's London Transport Suite.
Of the later examples of light music as it entered the pop era particular mention is made of the work of Ron Goodwin, as composer and orchestra leader, where the interests merge with those of the easy listening/lounge arena. He was particularly successful with his film work, which include the Miss Marple theme and a number of very successful scores for war movies.
The enduring functional nature of light music is demonstrated by its continued use as themes for long-running radio shows. An earlier example of its usefulness as background or mood music was as interlude music in early TV broadcasts where we were subjected to less intense programming. Here is a famous example, featuring light music classics composed by Charles Williams and Haydn Wood.
Posted by Yr Heartout at 02:18