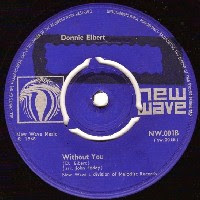 A Belief in Mischief is the new edition of Your Heart Out which can be downloaded here as a pdf, free for all. It started out as a meditation on sacred texts, and ended up as a celebration of irregulars, visionaries, mischief makers, and people who just don't get written about enough. One of the people featured is Peter Meaden, and I would definitely say that among my sacred texts are the interviews he did with Steve Turner in 1975 and which were published by the NME in November 1979. Meaden’s musings remain eminently quotable, but the comment that grabbed me more than any was the one about him bringing Captain Beefheart to Britain. That seemed so perfect, and I don’t think enough has been made of it. This was at the start of 1968, when Peter had been a massive evangelist for Safe As Milk, which at the time was only available on import. Peter was then running a publishing company with Norman Jopling, and among the related activities were putting out a Donnie Elbert ska/early reggae single on their own New Wave label, as a subsidiary of Melodisc. The excellent Tapir reggae discographies site has an image of the label, with Without You on one side and Baby Come On Home on the other. Deram later picked this single up for release, and I believe it was a big hit in Jamaica. Around the same time Meaden must have got his beloved Jimmy James to record a beautiful version of the Captain’s I’m Glad. Now, that sort of perfection, that beautiful sense of joining the dots, is what makes me believe in the magic of music.