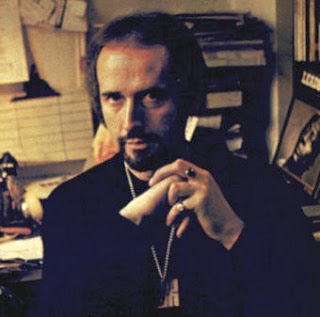 A Belief in Mischief is the new edition of Your Heart Out which can be downloaded here as a pdf, free for all. It started out as a meditation on sacred texts, and ended up as a celebration of irregulars, visionaries, mischief makers, and people who just don't get written about enough. As ever when putting YHO together it is something or someone mentioned as an aside in the text that grows to become completely fascinating. So, in this issue, the disc jockey Mike Raven was mentioned in passing. I had been thinking about John Peel, and all the accounts of how something he played 'changed' someone's life. While researching this issue I kept coming across similar testimonies on soul forums about Mike Raven's soul and blues show during the early days of Radio One and how again the music he played changed people's lives. But you don't read much about Mike Raven. Of course there is a major difference, in that Mike was only on Radio One for four years or so, while Peel trundled on and on. But the fact remains Mike Raven was playing (non-hit) black American sounds on national radio in the UK, and that needs to be celebrated.
I have no first hand experience of hearing Mike Raven on the radio. I've heard the occasional clip. I've read some bits and pieces. And he fascinates me. Anyone who has been lucky enough to see Horace Ove's 1970 Reggae film will know he had this exaggeratedly theatrical plummy patrician way of speaking, and if you combine that with the fact he was in his mid-40s when Radio One started, it all gets stranger and stranger.
After his brief spell with Radio One, where he had that specialist blues and soul slot, he went to work as an actor in Hammer horror films, indulging his interest in magic and making the most of his Christopher Lee looks. He subsequently relocated to Cornwall, spending his time as a sheep farmer and sculptor (using his real name of Austin Churton Fairman).
None of this would happen now, so let's celebrate a certain eccentricity. And until there is an official DVD release of Horace Ove's Reggae film we will continue to share clips like this:
Posted by Yr Heartout at 00:52