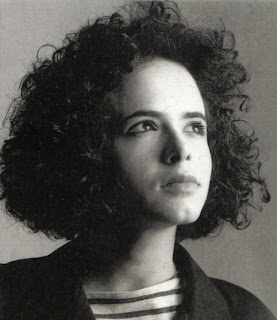 The Stylistics, Manhattans, Moments, Tavares, Trammps, Tymes, O’Jays, Chi-Lites, Floaters: names that instantly conjure up a wonderful ‘70s soul soundtrack and images of black American male vocal groups with immaculate afros, intricate harmonies, ornate matching suits, and perfectly choreographed dance moves. It’s a pop phenomenon that formed such an essential part of that era, and is still regarded with enormous affection by people of all ages and from all sorts of backgrounds. Yet the UK never really succeeded in exploiting this market with homegrown produce. Manchester’s Sweet Sensation are the only act that springs immediately to mind as an exception, with the right sound, moves and look. Were there others? The Real Thing and Imagination really were far too esoteric to fit the bill.

Sweet Sensation first tasted success after appearing on the TV talent show New Faces (which also gave us Lenny Henry and Showaddywaddy), and were then taken under the wing of one of the programme’s judges Tony Hatch. The young group had a couple of classic hit singles, Sad Sweet Dreamer and Purely By Coincidence, in the mid-‘70s but soon faded from view. Singer Marcel King briefly re-emerged with a wonderful defiant anthem of optimism on Factory Records, produced by Bernard Sumner and Donald Johnson. Marcel topped the bill at the Hacienda on the occasion Madonna appeared there for a performance filmed for the The Tube, but the single was a one-off on Factory and sadly not part of an on-going celebration of the city’s soul underground. Thus acts like Chapter And The Verse and A Guy Called Gerald emerged on the Merseyside label Rham! but that’s another story.

The Pasadenas, when they exploded onto the UK pop scene in the late ‘80s, were blatantly ‘knowing’, consciously referencing the vocal soul group tradition in their sound and image. But early hits like the still glorious Riding On A Train were very much of their time, with its irresistible Italo piano house motif and infectious chorus, and it was only one or two steps removed from the likes of Ten City and Inner City. The Pasadenas’ meticulously choreographed moves, however, were a world away from Howard Melvin & the Bluenotes. The acrobatics and abundant energy were in part close to the jazz dance virtuoso displays of club outfits like Manchester’s Jazz Defektors and London’s IDJ, and in part what would become the boy band entertainment staple: The Jackson 5 led to the Osmonds, as New Kids On The Block followed New Edition in the States, so Take That followed The Pasadenas, you could argue. To Whom It May Concern, the first LP by The Pasadenas, stands the test of time pretty well. It was partly produced by Phil Legg, presumably hot on the heels of the success of Terence Trent D’Arby’s debut. The main producer, however, was Pete Wingfield, and it’s easy to see how the opportunity to work with a young London vocal soul group would appeal to someone who as a teenager in the ‘60s produced a soul music fanzine.

Somewhere around the same time that Pete Wingfield worked with The Pasadenas he would have been producing an LP for The Blue Ox Babes which would not be properly released until 20-odd years later when Cherry Red included the tracks on an excellent round-up of the group’s recordings. The Blue Ox Babes were the group put together by Kevin Archer, one-time core member of the Dexys Midnight Runners team. A lot has been said and written about the relationship between the two Kevins, Archer and Rowland. The excellent Young Guns TV documentary on Dexys, for example, focused on what happened. Well, we have all made mistakes and hurt people. But what does need restating is what an incredible combination Rowland and Archer were, their approach, their creations, everything. Together they were phenomenal, and apart they were still special. Kevin Archer’s Blue Ox Babes were a great group, criminally ignored at the time. Live they were wonderfully entertaining, with Yasmin Saleh a whirl of energy and the perfect foil to Kevin. On record, Kevin’s gift for song writing shone through, with some of the most addictive bubblegum soul not composed by Greenaway & Cook.

It was both natural and touching that Kevin Archer should turn to Pete Wingfield to capture what he was trying to express. Pete had played such an integral part in the creation of Searching For The Young Soul Rebels, what is still the greatest debut LP of all time, that the trust everyone involved with that record had in him endured. So, for example, when after the astonishing Keep It (Part Two) the two Kevins and Big Jimmy were left alone, the breakaway faction formed The Bureau and chose Pete Wingfield as producer for an LP which still managed to match much of the power and pugnacity of Dexys. The Bureau’s signature tune Only For Sheep still has a remarkable intensity, and Archie Brown’s vocals make it a wonderful match for Clock DVA’s Four Hours. Pete Wingfield would much later play keyboards on the opening two tracks of Kevin Rowland’s cathartic My Beauty, including the incredible cover of Rag Doll.

Pete Wingfield was the perfect choice as Dexys’ producer. The name was best known from his one-off solo hit 18 With A Bullet, and perhaps from his involvement with the Olympic Runners who had a couple of minor disco hits in the late ‘70s. That group, however, has a history stretching back to 1973 when it formed almost accidentally when a group of session musicians began jamming for fun. Vocalion has paired up the first couple of Olympic Runners LPs on a CD reissue, and they are a revelation in terms of clipped funk workouts, with repetitive riffs, minimal embellishments, very tight grooves and occasional reggae leanings. Pete Wingfield’s accompanying essay is equally revealing, as he admits part of the inspiration for the name came from a Soul Runners single by an early incarnation of Charles Wright’s Watts 103rd St. Rhythm Band (note the Runners connection!), and how they came to record at Mike Vernon’s Chipping Norton studio with Barry Hammond as engineer.

Initially the Olympic Runners deliberately remained anonymous. The anonymity, combined with the shall we say striking covers, was because as Wingfield put it: “We were aiming at black US consumers, who, in the early ‘70s at least, were notoriously suspicious of anything remotely alien; conversely, British soul fans tended to apply reverse snobbery and dismiss any domestic effort as a pale imitation of the real thing.” It’s a familiar theme now. Dennis Bovell employed similar subterfuge with his early releases. And that British snobbery about black music has affected many artists and meant that truly great works by, for example, British jazz, soul, reggae, and hip hop acts remain woefully undervalued.

The Pasadenas’ biographical notes reveal that one of their sisters, Susie Banfield, was in the Cookie Crew, the pioneering British rap outfit who faced persistent struggles in being taken seriously by the UK’s hip hop audience and trying to fend off record business pressures to make them more pop . Thankfully along the way they got to record most of their debut LP, Born This Way!, with Daddy-O and DBC from the Stetsasonic team, and it retains a ragged charm that is enormously appealing. Nevertheless the Cookie Crew are best remembered (with genuine affection, though no doubt to the Cookies’ chagrin) for the part they played in the creation of hip house on the Beatmasters’ Rok Da House, which pioneered a tradition that occasionally still tears the chart apart, with the likes of Rolex and Bonkers etc.