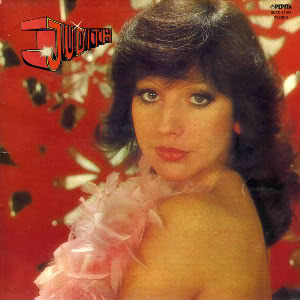 The forgotten book on “world music, politics and social change” which inadvertently triggered this global disco excursion includes a fascinating paper by Anna Szemere, “‘I get frightened of my voice’: on avant-garde rock in Hungary”, which focuses on the new wave or post-punk underground area of activity. It was with a small shiver of delight and self-satisfaction that I recognised the names Trabant and Balaton, and I was particularly excited by Anna’s description of these groups: “The Trabant/Balaton celebrate the precarious boundary between the ‘real’ and the ‘unreal’, a floating sensation, by immersing themselves in a completely self-enclosed space of their own. Musical and lyrical trivia from 1960s pop styles are re-worked by exaggerated simplicity and also disrupted by micro-dissonances and the insertion of entirely alien textual elements.”

Not so long ago I stumbled across clips of Trabant on YouTube and was mesmerised. The song that really caught my attention was Ragaszthatatlan szív, a sort of reggae-underpinned piece of post-punk minimalism, with a hint of disco, not far removed from an early ‘80s Rough Trade YMGs/The Gist feel. Itt van, pedig senki se hívta covered similar ground. It all just seemed too good to be true. Further investigation revealed the songs were from the soundtrack of the 1984 Janos Xanthus film Eskimo Woman Feels Cold which featured Trabant and in particular singer Marietta Mehes in a lead role. As the Hungarian new wave blog No More Victim puts it: “It's a difficult story, with Trabant music. In this movie, we can watch a bit sex, we can watch difficult circumstances of life and we can listen new wave musics ... It's a great film!” You can’t argue with that.

An EP of Trabant songs from the film was I believe the only recording the group officially released. There, however, are scattered around tapes and video footage of rehearsals which are fantastic. From Trabant (and what a great name for an Eastern European group that is) it was a short hop to Balaton who it seemed covered similar ground, which makes sense as Anna Szemere mentions a shared history and overlap of members between Balaton and Trabant. I’m not sure Balaton ever made a record but there are some intriguing live recordings if you search around.

One other name I recognised from Anna’s article was Beatrice. In the context of the book Beatrice were Hungary’s leading punk rock outfit. In her paper Anna refers to a January 1981 NME feature by Chris Bohn on the Hungarian new wave, and in this he describes Beatrice as “a strange sight, a raggedy four-piece all pushing 30; curly, rattish hair falling to their shoulders, balding heads and gringo moustaches seem defiantly at odds with their status as most popular punk band in Hungary.” That’s not the strangest thing about Beatrice, though. I got very confused as the Beatrice I was familiar with from fishing around on YouTube played wonderful funky sounds like Gyere Kislany, Gyere, one of the songs that popularised disco music in Hungary.

With so much nonsense having been written about the funk/punk and disco-not-disco overlaps it’s amusing that Beatrice made the transition from disco pioneers to punk caricature. That messes up the story lines doesn’t it? But the Beatrice story is wonderfully strange, full stop. The group started back in the ‘60s as an all female outfit, led by Monika Czuka. In 1976 her husband Feró Nagy joined the group, and Beatrice gradually evolved into a funky outfit before disbanding, allowing Feró to start a new punk/heavy rock line-up. Ironically in Anna’s paper on the Hungarian new wave she refers to tensions and occasional violence between ‘hard rockers’ and ‘disco kids’, disparate tribes of working-class youths.

With the rise in popularity of disco music and the opening of more discos in Hungary in the latter years of the ‘70s the country’s singers and players naturally rode the wave. The glorious Judith Szucs (who I believe played keyboards with Beatrice at some stage) seems to have been the queen of the Magyar disco scene, and judging by the vintage clips posted on YouTube her charms would have been hard to resist. Is it wrong to be childishly delighted that Judith’s finest moment seems to have been the 1979 hit Urdiszko? It just seems so perfect after the number of times we have endured writers wittering on about so-and-so being ur-punk or proto-punk. Well, here’s Ur-diszko in all its infectious Biddu-bounce-along glory with quite possibly the finest opening 15-seconds ever in pop music.

Another phenomenally successful Hungarian disco ensemble was Neoton Familia. The group’s roots reached back to the ‘60s when the group Neoton was formed, taking their name from a brand of Czechoslovakian guitars (one for the Orange Juice fans there), and they seem to have created some fantastic psych-pop along the way. In the 1970s they merged with the female singing trio Kócbabák, and became Neoton Familia creating some outward-looking, gloriously inventive and very commercial disco pop which intriguingly proved to be very popular in the Far East.

It’s interesting that in Anna’s paper on the Hungarian new wave there’s nary a mention of the ‘60s generation that features on Well Hung, the wonderful Finders Keepers compilation of funky Hungarian rock. I guess that by that stage the established acts were viewed with the same disdain and despair that their counterparts were in the UK, say. One of the groups featured on that collection was Omega, and their keyboards player Laszlo Benko interestingly went on to make a wonderful record in 1982, the first part of his Lexicon (an A-Z of songs), which is pure electronic rock or what would now be called space disco. In the making of this record it is carefully noted that in the making of this record Laszlo used Roland drum-computer Roland Sh-1000; Roland Jupiter 4; Korg Polisix; Korg Mono / Poly; Yamaha CS 70M; Minimoog; ARP omni. The civilising effects of synthesizers and disco sounds ...