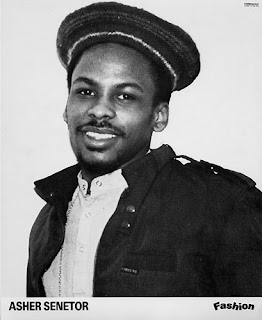 Back in the real world I used to want to run and hide when people started to talk about joined-up thinking. So I'm wary of saying that in a rare burst of joined-up thinking the tenth issue of Your Heart Out (which you'll be wanting to download for free in the library on your left) referred to its companion site, the London songs project.

The reason for this cross-referencing was to explain how in collating contributions for The London Nobody Sings ... a lot of fun had been had digging out old forgotten records, following up half remembered links, and generally following odd leads. It's a useful discipline actually to approach music from a different perspective. And it's keeping me out of mischief. And it's interesting watching which tracks are getting the most attention. Among the front runners are Bridget St John's I Like To Be With You In The Sun, Weekend's View From Her Room and You're Nicked by Laurel & Hardy. Intriguing.

The quest for London songs has, on a personal level, reignited a dormant passion for the UK's reggae and hip hop traditions. This was reflected in the tenth issue of YHO where a case was put that we undervalue the achievements in these areas, constantly missing opportunities to celebrate classics and innovations. Early on in the process of putting together The London Nobody Sings it became clear the MC or DJ or toasting or chatting cuts made particularly in the early '80s would be a rich source for songs. And to date we've been able to use the aforementioned You're Nicked by Laurel & Hardy, Fare Dodger by Papa Benjie, New Cross Fire by Raymond Naptali & Roy Rankin, Cockney Translation by Smiley Culture, and Shot Gun Wedding by Ranking Ann. And there're more on the way.

A number of these tracks have links to the south London based Fashion label, which had considerable success as a reggae independent in the early/mid '80s, and had real crossover appeal with Smiley Culture. From its ranks another local star would be Asher Senator, whose story is told in an excellent post at the dependable Uncarved blog. One of Asher's early hits, Fast Style Origination, tells the tale of how the UK fast style of chatting developed. And I think I'm right that Fashion's first LP would be a UK vs JA soundclash featuring Asher and Johnny Ringo. There is an argument to be put forward that some of that era's MCs like Smiley, Asher, Tippa Irie, Laurel & Hardy used humour to make some serious points in an almost music hall way. Asher's Talk Like Animal is a brilliant example of this. And if you want to hear some long lost Laurel & Hardy at the BBC then pay a visit to our comrade at Fruitier Than Thou.

While wonderful souls have been busy posting long lost 12"s on YouTube the fact remains this area of musical brilliance is poorly served salvage wise, but some of the Mad Professor related works are being excavated, and there can be little excuse for not investigating Ranking Ann's works. Her A Slice of English Toast is a real favourite and particularly recommended if you're looking for something in a more militant style. We will return to Ranking Ann both in Your Heart Out and at The London Nobody Sings ... So in the meantime here's some wonderful footage of the Saxon Sound System with Papa Levi in action on the mic ...