A Moment Worth Waiting For 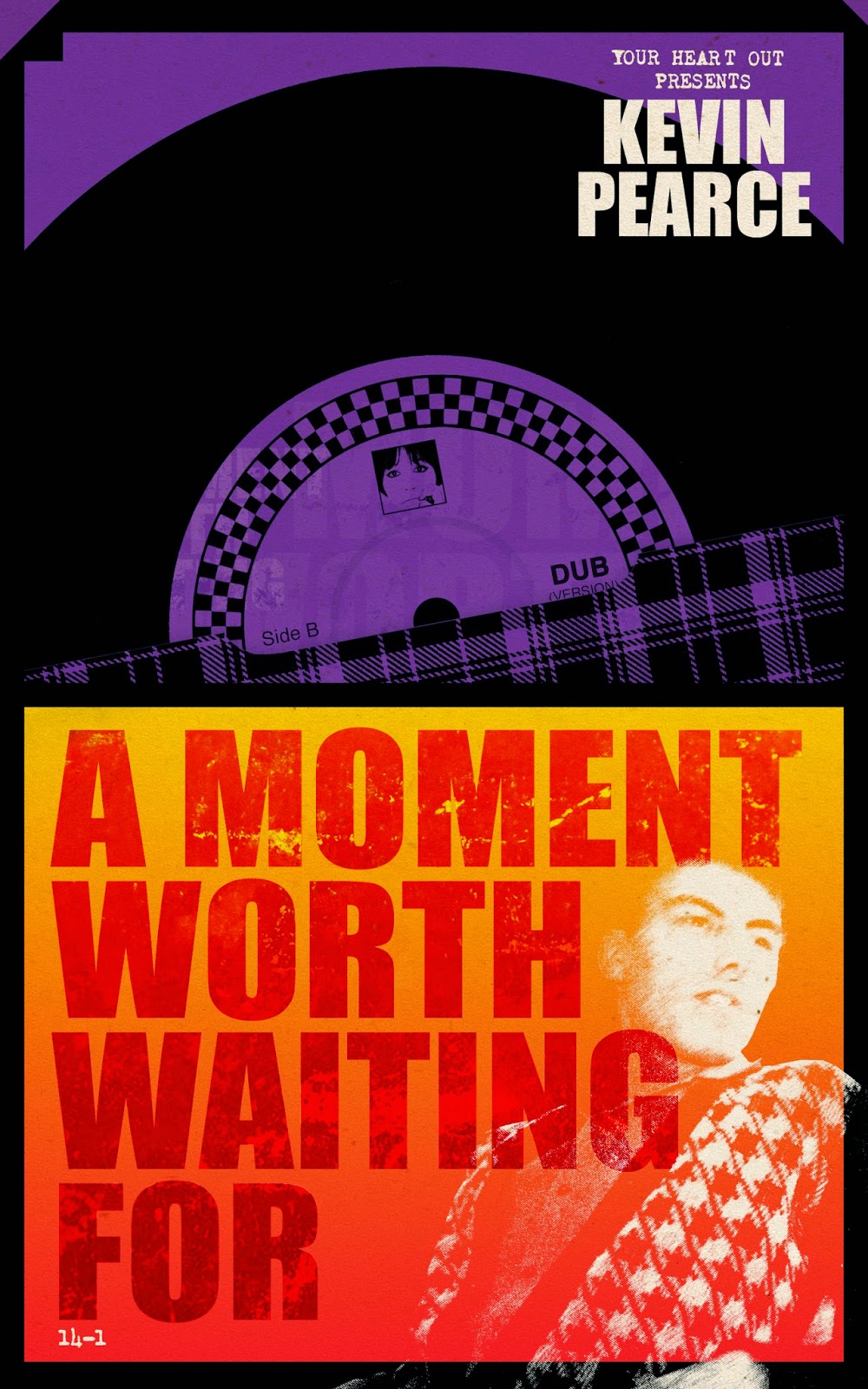 YOUR HEART OUT PRESENTS:
A MOMENT WORTH WAITING FOR
by Kevin Pearce

NEW BOOK OUT NOW IN AN EXCLUSIVE ELECTRONIC EDITION

A mesmerising dub history of late twentieth-century popular culture emerges when a writer stops to consider the forces that have shaped his musical explorations.
Set initially over a two-year period at the start of the 1980s, the book zooms back and forth through time, tracing where clues led and how things fit together, to understand better the urge to hear and learn something new, to look at art in a new way.
Part of the focus is on how things were originally presented, how ideas were absorbed, how names recur, and the long-term impact. In that sense it is a celebration of journalists on the music press like Sounds’ Dave McCullough, the NME’s Ian Penman, and several others: the contexts they created, the chances they took, the seeds they planted, the searches they prompted.
Musically, the book starts with Vic Godard’s ‘What’s The Matter Boy’ LP and takes in some of the activities of the ZE, Postcard, Rough Trade, Y and On-U Sound labels, as well as Eddy Grant, A Certain Ratio, Frank Sinatra, Weekend, Pale Fountains, Everything But The Girl, and many others. These sounds in turn lead to torch songs and vocal jazz, ’60s soul and lovers rock, disco dub and afrobeat, bossa nova and samba, skiffle and music hall, calypso and free jazz, Bristol blues ’n’ roots and the Chicago underground, British funk and Nigerian boogie, Greek neo kyma and Cuban nueva trova singers, plus a whole lot more.
The author is Kevin Pearce, whose work includes the acclaimed book ‘Something Beginning With O’ and film scripts for Paul Kelly/Saint Etienne. He contributed regularly to the Tangents website, and ran the irregular publication ‘Your Heart Out’ for five years and fifty editions. This book is an attempt at understanding what has been behind all these words and ideas. The text draws together and elaborates on themes from these and other sources.
‘A Moment Worth Waiting For’ is the perfect diversion for those who love playing with words and patterns and clues, and for those who believe there should be more than one solution to any jigsaw puzzle.

AVAILABLE NOW WORLDWIDE THROUGH AMAZON for £4.50 or an equivalent amount.
Free Kindle reading apps for computers, smartphones and tablets are also available through Amazon.
Posted by Yr Heartout at 19:59