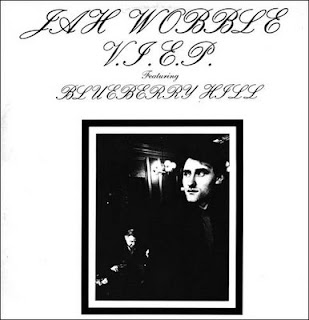 The work of Mark Lusardi is at the heart of Skimming Stones, the special issue of Your Heart Out which can be downloaded for free here. As well as the fantastic work he did on the UK reggae scene his engineering talents were also sought after because of his PiL connections. Killing Joke, for example, worked with him on their first single, and Turn To Red for example still sounds incredible and frightening. Another Malicious Damage act Red Beat worked with Lusardi, and came up with an amazing debut. I guess Mark Lusardi's long-running working relationship with Jah Wobble is what he is best known for. They have worked together on many releases, including How Much Are They? (with Holger Czukay and Jaki Liebezeit) and the Fading 12". I'm not sure how many records Jah Wobble has worked on for other artists, but he, Ollie Marland and Mark Lusardi were certainly involved with a couple of EPs for punkpoet Joolz, including The Kiss. I would suggest all this provides a great excuse to return to this rare Wobble interview.