Bless The Day #8: Just Walk In My Shoes 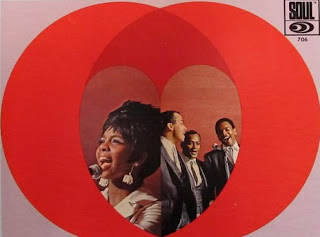 Gladys Knight singing ‘Just Walk in My Shoes’ is one of the most riveting examples of Motown artistry, with such a wonderful sense of drama, especially in the way she urges her lost love, her betrayer, to walk-ah-walk-ah-walk in her shoes, the source and origin of that trademark tic-ah of M.E.S., and there is the way Gladys wants that traitor to grieve like her, to try and wear a smile that isn’t real and to don that all too familiar cloak of loneliness.
Oh yes, she does hurt so well, so convincingly, she is such a great actress, but then she’d lived the life, and survived. Here she is the embodiment of the ¡No Pasarán! spirit, the fortitude possessed in abundance by the women who light up the pages of Caroline Moorehead’s remarkable resistance quartet. Gladys seems to say: “I suffer, so should you; you wounded me, I hope you’re hurting too”. It helps that the song accelerates so smoothly from the off, slipping straight into a powerful flowing movement, and oh those celestial harmonies, flung to the far winds so sweetly, adding to the dangerous poignancy.