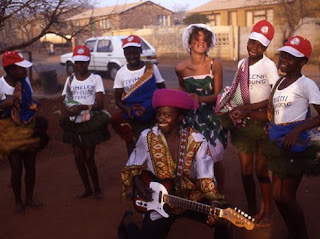 If I had been really clever when putting together Skimming Stones, the special issue of Your Heart Out which can be downloaded for free here, and mentioned the great lost pop book Signed Sealed And Delivered by Sue Steward and Sheryl Garrett, which was published by Pluto Press in 1984 I could have gone on and made some interesting connections. Pluto Press as a publishing house is rooted in grassroots left-wing politics, and in its ‘70s heyday Michael and Nina Kidron were at the helm. One of their sons, Adam, would for a time practically be the in-house producer for Rough Trade records. Intriguingly the Kidron connection has not really been explored anywhere in detail (or indeed any parallels between organisations such as Rough Trade and Pluto Press). Simon Reynolds’ Ripping Yarns fail to mention Adam. And Neil (C86 – oh the shame of it) Taylor’s surprisingly readable oral history of the Rough Trade label, Document And Eyewitness, only has passing mentions to Adam. And, boy, do Green and The Smiths come across as buffoons, but that’s one of many digressions I could make (such as who wants to read about the later years?).
Ironically, it’s now 30 years since the NME/Rough Trade cassette C81 appeared, and it was (and remains) a thrillingly exciting and beautiful thing. Adam Kidron is in many ways a ghostly presence behind much of the music on that cassette. He was, after all, engineer or producer on records as wonderful as The Raincoats’ Odyshape, Robert Wyatt’s Nothing Can Stop Us, Pere Ubu’s Songs of the Bailing Man, Zounds’ The Curse Of, Panther Burns’ Blow Your Top, David Thomas’ The Sound of the Sand, and titles by Essential Logic, Aztec Camera, and Red Crayola. He was also at the controls for three records which as a kid really were not the records I was hoping for: Scritti’s Songs To Remember, the OJs’ You Can’t Hide Your Love Forever, and Delta 5’s See The Whirl.
And yet, for all that, for someone involved with several of the best records ever, I know very little about Adam’s way of working and thinking. I suspect he was keen to take underground pop into territories more usually associated with soul and reggae. But I have little to back that up. Most mentions on the internet are about Adam’s later entrepreneurial activities, but there is a recent revealing passage on his own blog where he ponders: “Compounding the industry’s problems is that music is not as essential it was. In London, in the late 70’s, it was the primary expression of our tribal and life-style affiliations. ‘Soul boys’ listened to R&B, ‘skinheads’ to ska, ‘punks’ to near-music, ‘metal-heads’ to hard rock, and every weekend I would hang out at import shops listening to the latest reggae pre-release, before taking the best home and spinning them in solitude, in Hi-Fi, on my stereo system! I don’t know anybody who listens to music like that anymore, certainly not my daughters or their friends, who graze it while eating, reading and banging out blogs. Music, once a recreational activity, has become the soundtrack to our lives, and the consequence of its new role is that we are never going to pay premium for it again.”
Ironically for someone who worked as an engineer on James Blood Ulmer’s fantastic LP Are You Glad To Be In America? Adam much later created a right old rumpus when, as a leading reggaeton promoter, in 2006 he was involved in the recording of a Spanish version of the American national anthem to promote immigrants’ rights. The Guardian when reporting it missed the opportunity to mention his Rough Trade connections.
Amusingly Adam’s Wikipedia entry refers readers to an old article I wrote as a tribute to Lizzy Mercier Descloux. The old Rough Trade distribution network’s publication Masterbag in a July 1982 issue mentions, under the heading of Funky Stuff, how “after completing his own LP Green of Scritti Politti is taking a break in Paris to play guitar on the new album by French funk singer, Lizzy Mercier Descloux. The album is to be produced by Adam Kidron (who also worked on Scritti Politti’s album!). Angus Kaye of Aswad will be drumming.” Well, it didn’t quite work out that way, but Adam did fall in love with Lizzy and join her and Michel Esteban on their African and Brazilian adventures. Here’s something for the soul ...