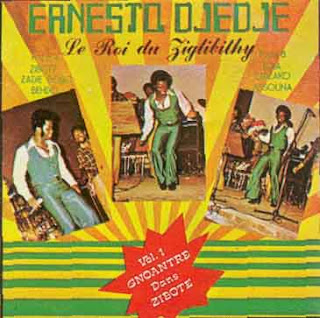 I have to confess that when I started the Anywhere Else But Here project I made a conscious decision to steer clear of African posts. This was because at the time we seemed to be drowning in African sounds. The market was alive with highly desirable compilations of old salvaged sounds from Ethiopia and Nigeria. There were suddenly all sorts of collections to choose from: afro funk, afro beat, afro rock, afro disco. And the world of blogging was awash with wonderful, lost African LPs and mixes of rare 45s. It was almost too good to be true, and in the true spirit of a kid let loose in a sweet shop I over-indulged.
Bizarrely it was a bit of controversy about an Ariel Pink track that accidentally led me back to the Ethiopian sounds. But before that I fell totally in love with Algerian music, which is of course just as much about Africa as, say, Nigeria. And as I renewed an affection for rai sounds it was also during the Algerian sequence that I came to realise that I liked a lot of the more traditional pop as much as the more directly western influenced shall we say funkier music.
And yet the funky stuff has an eternal appeal. Certainly there is an incredible amount of fantastic funky African music out there to discover, regardless of how many compilations and blogs there are. In fact I am still in awe of all the people out there who know so much more about all this wonderful music than I do.
I, for example, knew absolutely nothing about Ernesto Djédjé and his music before I stumbled across a series of clips of him performing on YouTube. I can’t say I know a lot more about his work now apart than the fact that he was the king of ziglibithy, a musical form he pioneered back home in the Ivory Coast before his untimely death in 1983. I hope that the handful of clips that are included over at Anywhere Else But Here Today seize your imagination in the same way they have mine. And if you come across a copy of his best known LP Le Roi du Ziglibithy from 1977 then do not hesitate to investigate. It’s a wonderful, wonderful thing.
Looking a little further into the story of Ernesto and ziglibithy almost inevitably took me to one of my favourite Afrosoundscentric sites, Likembe, which is run by one of the saints and scholars that have made the past few years a brighter and better place than they otherwise might have been. I have said it before, and I will keep on saying it: I am continually inspired by “all those who take the time and trouble to share their enthusiasms and obsessions, for whatever reason, for little return, yet in so doing enlighten and illuminate, making the world a better place, leading us to sounds and people we never dared dream exist.”
Posted by Yr Heartout at 03:01