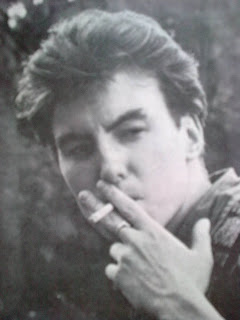 30 years ago Vic Godard and Subway Sect played two shows at the Music Machine, supporting Siouxsie and the Banshees. They would play what became known as the legendary Northern Soul set, featuring just one song from the imminent LP What's The Matter Boy? Those shows have become part of pop mythology for all sorts of reasons, not least the links to the Postcard Records of Scotland story. Treasured tapes of one of the shows have been in circulation down the years. Now, a recording of one of the performances has been made available in our library, complete with cut-outs and glitches. That, after all, is the way it's been listened to. There is, also, a special 'commemorative' edition of Your Heart Out, called A Day To Remember, available to download for free ...
Posted by Yr Heartout at 12:41