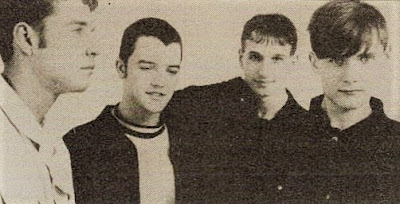 ‘Come On Come Out’ is a song by the band Laugh, and it features a passage that is one of the most gripping in pop music. For, about halfway through, the singer seems at the end of his tether, and snarls in a dangerously low voice, through clenched teeth no doubt, that we know he has no money, that it seems he has too much time, but that doesn’t mean he has time for everybody, and it doesn’t mean he doesn’t want to live his life. It is compelling, startling stuff.
Then it’s time to lose it altogether, and he barks savagely that there’s too much time, with echoes of the good Captain’s Clear Spot, coincidentally or not, and that there’s too much space, and how everything he does is just one big disgrace, and that everywhere he goes he just gets in a state and then, when he goes to sleep, he has dreams that he hates. It’s a riveting performance, a graphic depiction of how carefree dole dreams may mutate into doldrums and the darkest of days.